Robert Diamond - A Buddhist Concept for a Resilient City

"Our situation is not comparable to anything in the past. It is impossible, therefore, to apply methods and measures which at an earlier age might have been sufficient. We must revolutionise our thinking, revolutionise our actions, and must have the courage to revolutionise relations among the nations of the world." Albert Einstein, 1948

Over the next three and a half decades, the world’s cities are predicted to increase by 2.5 billion people with almost everyone living within in a day’s trip of a city. This boom will place a massive load on current infrastructures, air quality, pollution and waste. Can our current methods and measures solve these issues as we come to this critical juncture in our time (as when Einstein addressed the World Congress of Intellectuals regarding atomic weapons) or can alternative paradigms offered by ancient wisdom offer any guidance?

Cities are complex in their scale, speed, diversity and connectivity and are full of contradictions - no two cities are alike. The history, culture and the people within them have unique identities and all make up the story of a city. The global city of the future shows great promise: well-designed cities are not just good for prosperity, they can meet our basic needs: e.g. sanitation, education and healthcare. But they can be prone to fundamental problems: crime and violence, radicalisation and disasters of all kind from natural (e.g. flooding, one of the most frequent natural disasters), technical (e.g. failure of infra- structures) to the human-made (e.g. international terrorism).

Although at the time of the Buddha there were none of the environmental issues now facing us, including pollution, global warming and climate change; his teaching is typified by respect, humility, care and compassion that show affinity with the deeper ecological movements of today and could provide radical answers to the issues facing us.

One of its key teachings is of the interconnection and inseparability of action and effects, as well as an appreciation of the interdependence and inseparability of all things; this could equally be applied to the environmental crises. One cannot look in isolation at any one aspect: social, political and economic strategies and policies all have an impact. Our systems based on growth and global capitalism are built on the premise that this will lead to human happiness and well-being, assumptions that have led us to where we are now.

Indra's net, a multi-dimensioned jewelled web, is a metaphor to describe interconnectedness found within the Buddhist tradition in ‘The Flower Ornament Sutra’, a third century text. Indra’s net consists of hundreds of thousands of jewels reflecting against one other in a myriad of mirrored jewels, each jewel unique but each jewel a reflection of all the other jewels.

The net strikingly foreshadows contemporary ecological thought, which is equally focused on relationships of interdependence rather than isolated entities. But the net prefigures more than ecological discourse for although found in modern systems theory, the net signifies a purified level of consciousness – an ‘Enlightened’ perspective.

Viewing a city in this way we see that everything effects everything else: although contemporary design and build contacts encourage the developer to maximise profits and the cost of the tenant, ultimately a green building, although costing more, provides more benefit ultimately. For example, green roofs and walls cost more than traditional roofs and walls, but they improve air quality, provide space for ecological enhancement, improve aesthetics, reduce heat loss and improve drainage run-off. Although not costed in these ‘externalities’ effect the city and therefore society as a whole.

Indra’s net seeks to overcome social isolation. Our cities have been designed around an aged infrastructure built on the car, at the expense of the green spaces where people would naturally congregate. Indra’s net sees the benefit of increasing green spaces, although on the surface the selling of land to build means more profit for the landowner, ultimately everyone loses. 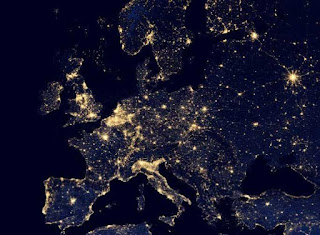 Indra’s net would look to community based projects, an energy infrastructure where all benefit, shared local energy centres, promoting renewable technologies to move away from our addiction to oil, electric vehicles to reduce pollution and to reduce noise, improved cycling facilities to reduce our car use.

In short, none of these ideas are new, but a joined up approach is needed, going beyond a “one-size-fits-all” approach. Indra’s net lets us see beyond our limited views and perceptions, beyond immediate profit, for in the end everyone loses. A genuinely resilient city would be one which fulfils human needs, it would be diverse, and it would be a city of equality and one where the individual, community and wider society would benefit 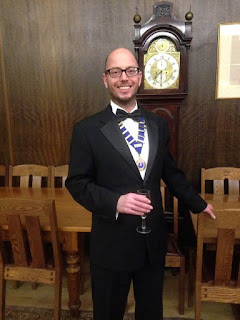 Robert Diamond is an chartered energy engineer and chartered environmentalist and a Fellow of CIBSE and the Energy Institute. He is Vice Chairman of the CIBSE HCNE Region Committee, and has presented at low and zero carbon buildings events to the RIBA, RICS, Energy Institute and CIBSE, at EcoBuild, and on behalf of the British Embassy in Latvia to promote international sustainability.

He works as a sustainability associate for Ingleton Wood, a multi-disciplinary practice based in Colchester. Last year he decided to pursue a part-time MA at the University of East Anglia in the field of Environmental Humanities, a new forward-thinking environmental studies programs integrating the environmental humanities with the sciences.

His on-going dissertation looks at alternatives to the current paradigm within the sustainability/resilient dialogue, and looks to the Eastern religion of Buddhism to see if it can offer any alternatives to these discussions, in particular to the concept of interconnectedness, suggested by the Indra’s Net metaphor. This blog forms part of his thinking, although the final work will not be complete until September 2015.

Join the discussion about this post on the CIBSE LinkedIn group.