Resilience to climate change in the built environment covers many areas.  Buildings can be designed to protect us from the elements and with security of water supply.  There is no need for them to overheat with the modelling tools and data available today.  Good thermal design is well understood, (if not always practiced), water can be saved with low flow rate design and  optimum drainage strategies can be implemented to reduce flooding.

What about the people for whom these buildings are being designed?  Designing to enable resilience in people can also be part of the design process; this is about designing buildings beyond comfort from a physics perspective and looking at it also from a biological and health perspective.  A healthier individual is one who is more resilient and adaptable to climatic changes.

What should be considered that affects the health of an individual? Social isolation and exclusion, designing community cohesion, air quality, chemicals, electromagnetic radiation (EMR), noise, fuel poverty, shared green space, and permaculture design are a few areas considered below.

Social isolation is an important issue today.  It is well known in health circles that together with a healthy and active lifestyle people who are part of a local community live healthier and longer lives.
During the 2003 European Heatwave more than 40,000 people died with almost 15,000 deaths in France alone.  Lessons can be learnt from this.  In Paris the majority of victims of overheating were those who were elderly, living alone in the roof spaces of high rise ageing and poorly insulated apartments.
The office for national statistics in the UK found that in 2011 there were over 7 million people living alone and almost 60% of people aged over 85 were living alone. Social isolation of vulnerable people is a key issue.  In Paris the key factors that contributed to the deaths of so many were exasperated by the fact that heat wave occurred during the months of August during the holidays, where less were people checking on the elderly.  Together with social isolation the build up of heat stress in a poorly insulated fabric went unchecked.  In a society that is increasingly isolating itself, designs need to do more to counter this.
Work by JRF has also found similar issues.

It’s important that with the design emphasis on building physics and climate change that other important design considerations do not get forgotten such as construction material selection.  Many modern building materials and insulants which save energy often contain inherent chemical, physiological and biological risks, made with chemicals that can ‘off-gas’ into the internal environment for many years.  Buildings are being made increasingly air tight and rely on occupants opening trickle ventilators.  This coupled with the fact that more and more time is being spent indoors that leads to exposure times that even low concentrations of harmful agents could affect health in the long term and cause chronic diseases.  It is even more important therefore  that any construction materials used are as natural and healthy to the individual as possible.

Another area for concern is electromagnetic radiation (EMR) from low frequency electric and magnetic fields from electrical circuits to high frequency radiation from mobile phones and broadband.  The World Health Organisation (WHO) and various worldwide health studies have identified that certain exposure levels to EMR can lead to migraines, nausea, dizziness, fatigue and can even be carcinogenic.  Nevertheless, we continue to fill our buildings with levels of EMR that exceed levels recommended by the WHO and without consideration to their possible side effects.   With the ever increasing  inclusion of Wi-Fi in so many of our consumer goods, such as Wi-Fi in light bulbs, smart meters, Wi-Fi in fridges telling you when to buy cheese etc., we are becoming further tied into the need for continuous high frequency radiation without stopping to think about the health effects.

A particularly vulnerable area in the home is the bedroom.  Studies on the levels of EMR in the bedroom carried out by Gale & Snowden Architects have found cables running beneath beds, telephones and radios on bedside tables within 1 meter of an occupants head all emitting EMR way beyond any safe acceptable exposure limits.  Ideally the bedroom should be a sanctuary, free of EMRs, chemicals and with optimal comfort levels to enable us to sleep soundly allowing our bodies and minds to regenerate.
It is summed up clearly by the BBA:

“At the heart of Building Biology lies the notion that nature is the golden principle to which we should be designing our buildings, so that for instance, electromagnetic radiation levels and air and water quality should match nature as closely as possible.”

What can be done to address social isolation and make buildings healthier?   One of our recent projects was a care home; at the heart of this design we designed a community building/café surrounded by a courtyard and permaculture planted garden.  The care home was curved inward with every flat looking into the garden and community space.   Fuel poverty was addressed through a highly insulated envelope following Passivhaus principles. Good air quality was designed in, chemicals and EMR were designed out through the careful selection of natural materials and by following the principles as laid out by the BBA which was set up to address health in building designs.  The designs were also thermally modelled into 2080 weather scenarios to design in resilience and adaptability.   The permaculture garden not only created a space to cool down but also a space to socialise. This case study featured in the recent CIBSE TM55 Design for Future Climate: Case Studies 2014.

The same design principles are used when designing social housing for Local Authorities as well as commercial buildings such as offices and leisure buildings.

The existing building stock is another area for concern.  As designers of super insulated and healthy buildings we were saddened to read in this BBC news article that more than 1 million families in the UK cannot afford to heat their poorly insulated homes, and are living in squalid, damp, cold and mouldy conditions. Given that in 2000 Parliament aimed to end fuel poverty by 2016, it is clear that there is still a long way to go.

A healthy home that is comfortable in both summer and winter should be a fundamental right of any family. This is more than simply providing shelter from the elements; the standard of housing has to be adequate for the health and well-being of the individual. It is well known by medical professions that damp and mouldy conditions affect the immune system, often resulting in respiratory infections, allergies, and asthma; these are not thriving conditions for growing families, and the mental stress associated with these conditions should not be underestimated. 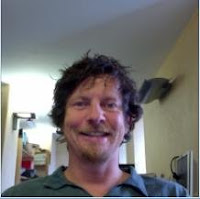 Jason Fitzsimmons is an Associate at Gale & Snowden Architects and has a background in building physics, renewable energy engineering, healthy building design and is a climate change adaptation consultant.  Jason has carried out extensive research work and has been published several times in areas such as natural ventilation, overheating and climate change adaptation   Jason also runs a building troubleshooting and testing department within the practice using a wide range of test equipment.
Posted by Unknown at 16:51