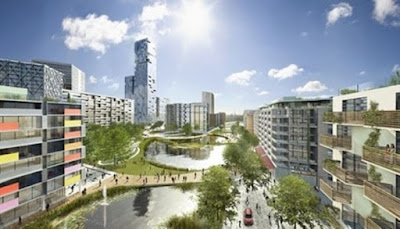 In January this year I went back to Cambridge University to attend the Cambridge Forum for Sustainability and the Environment review of their 2014 Sustainable Cities programme. I contributed to the forum last year as an expert witness and was invited to return to hear the panel discuss the outcome of their year-long programme. As one might expect, the sustainable cities discussions threw up more questions than answers and was considered invaluable for directing future PhD and Masters Research within the University.


Diverse topics were discussed from design to governance. Of particular interest was the suggestion that we had a lot to learn from developing countries; a degree of elasticity and disorder was deemed critical for resilience. The developed world tends to have more fixed and structured cities and therefore when the barriers are breached, the consequences tend to be catastrophic. It was surmised that the resilient city lies somewhere between the regimented system of the developed world and the organised chaos of cities in developing countries.

The panel warned against a sole focus on climate change. Working in silos and optimising a single element of a city’s challenges is likely to lead to detrimental and often unintended consequences elsewhere. This is an area that I have written about before, following on from an EU Knowledge share programme between East London and Gothenburg in Sweden. A sole focus on the provision of exceptional new services in a deprived area in Gothenburg had no impact on the health and well-being of the local population, largely due to a lack of engagement, employment and social networks throughout the process.

The need for adaptable, flexible design that gives due consideration to the many trade-offs and balances, acceptance of soft-failure and consideration of ‘good enough’ is fundamental to creating sustainable cities.

Fundamentally we should not be over-engineering our cities, whether from a hard engineering or social governance perspective. We should take pleasure in the murky corners and nurture the informal networks, celebrate the diverse space from formal squares to a forgotten leafy corner with a tired looking bench. We must give due consideration to, but not try to engineer out the social deprivation that lives alongside the shiny new development and ‘regeneration’ projects. These juxtapositions, found across our cities make them vibrant and exciting places to live and provide an element of resilience.

I have been involved in the Olympic Programme since 2006 and during this time my belief of what success would look like for the Olympic regeneration programme has changed somewhat. When I first started I believed that we could only claim success if we created a vast improvement in the social deprivation indices in the host boroughs and changed the very fabric of the surrounding area.

But, as one Newham councillor told me, the people of Stratford want to shop in the Stratford Mall. They like it. It offers a place of strong social identity and cohesion unlike the polished floors and bright lights of Westfield. It isn’t so much ‘them’ and ‘us’ it is perhaps as simple as people not easily engaging with change, particularly when they feel they have a community on their doorstep.

So provided the opportunities are there for those that want to take them and the services and facilities are affordable to all let us celebrate the different cultures, lifestyles and environments we find in our city. How foolish of me to think that everyone would aspire to live in a new zero carbon home on the edge of the Queen Elizabeth Park. Inevitably new people will be drawn to this area and the challenge is to ensure that this new London quarter develops its own identity, its own community, and is one that sits well between the already strong identities of Hackney Wick and Stratford. 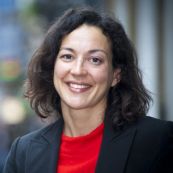 Join the discussion about this post on Linked in.
Posted by Unknown at 10:00